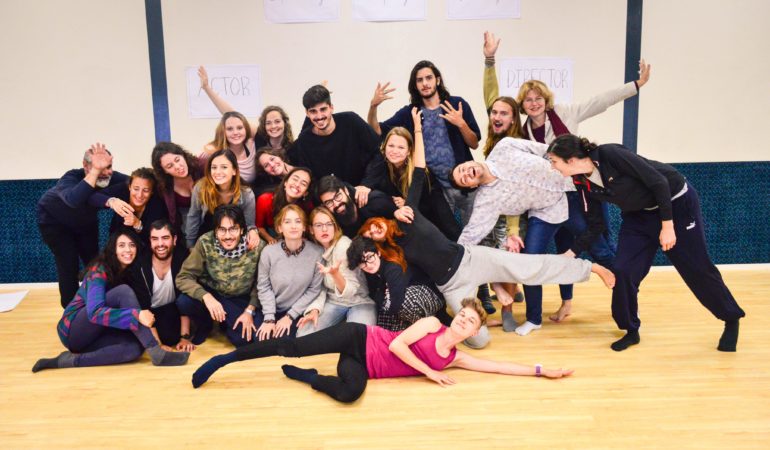 „An eye-opening activity that I recommend!“ – Project LIMELIGHT in the eyes of the Czech team

The project Limelight was attended by a team of 3 young youth workers from Czech Republic – Andrea, Vojta and Derek and consisted of three different phases.

In the first part, in Ommen, the Netherlands, all participants were taught the theoretical basics of social theatre and experimental learning. “We were told for example what are the three major theories of body, what are the exact roles of actor and director (not only in movies or on stage), how to use our body awareness, movements, expressions and gestures to arise emotions of other participants and spectators,” describes one of the participant, Dariusz Wilczek. Finally, a discussion on the different types of social theatre and how to use each type to achieve different goals of social inclusion was held.

Once participants came back from Ommen, the project moved to its second phase, where participants were expected to prepare their own projects in their local environment. “I organized a workshop which was based on the concept of “Theatre of the Oppressed” (Forum Theatre) and was addressed to young students from middle-sized cities in the Czech Republic and Poland as a base of discussion regarding bullying, discrimination and prejudice amongst their communities. My workshop titled “Pride and Prejudice – discrimination against the LGBTQ+ young people” saw the participation of 8 students aged 14 to 17,” added Derek. Finally, the last stage of the project took place in Balzers, Lichtenstein, where all the participants were gathered together to exchange their experience, presented successful (or less successful) workshop stories and celebrated the end of whole project. Limelight was co-financed by European Union funds. “I’m very content I was given a chance to participate in such a great project. It was definitely an eye-opening activity that helped me get more into social theatre and social inclusion issues while developing my interpersonal soft skills. It gave me lots of fresh ideas and helped me to look at theatre from a new – therapeutic – perspective. I will definitely use some of the presented methodologies in the future, where, amongst of them, I found the Theatre of the Oppressed most interesting and fruitful in terms of any prospect social projects. This methodology helps understand different points of views, is vivid, dynamic and sometimes really dramatic, but at the same time encourages people to discuss and reflect about vast social problems around them. Followed by my successful story, I would like to organize next editions of workshops dedicated to discrimination against the LGBTQ+ community. I believe that social theatre might be perceived as a crucial key to fight discrimination, racism and lack of basic understanding, especially amongst young people. I definitely recommend that other social workers participate in the next editions of Limelight,” Derek closes the experience on behalf of the whole Czech team.